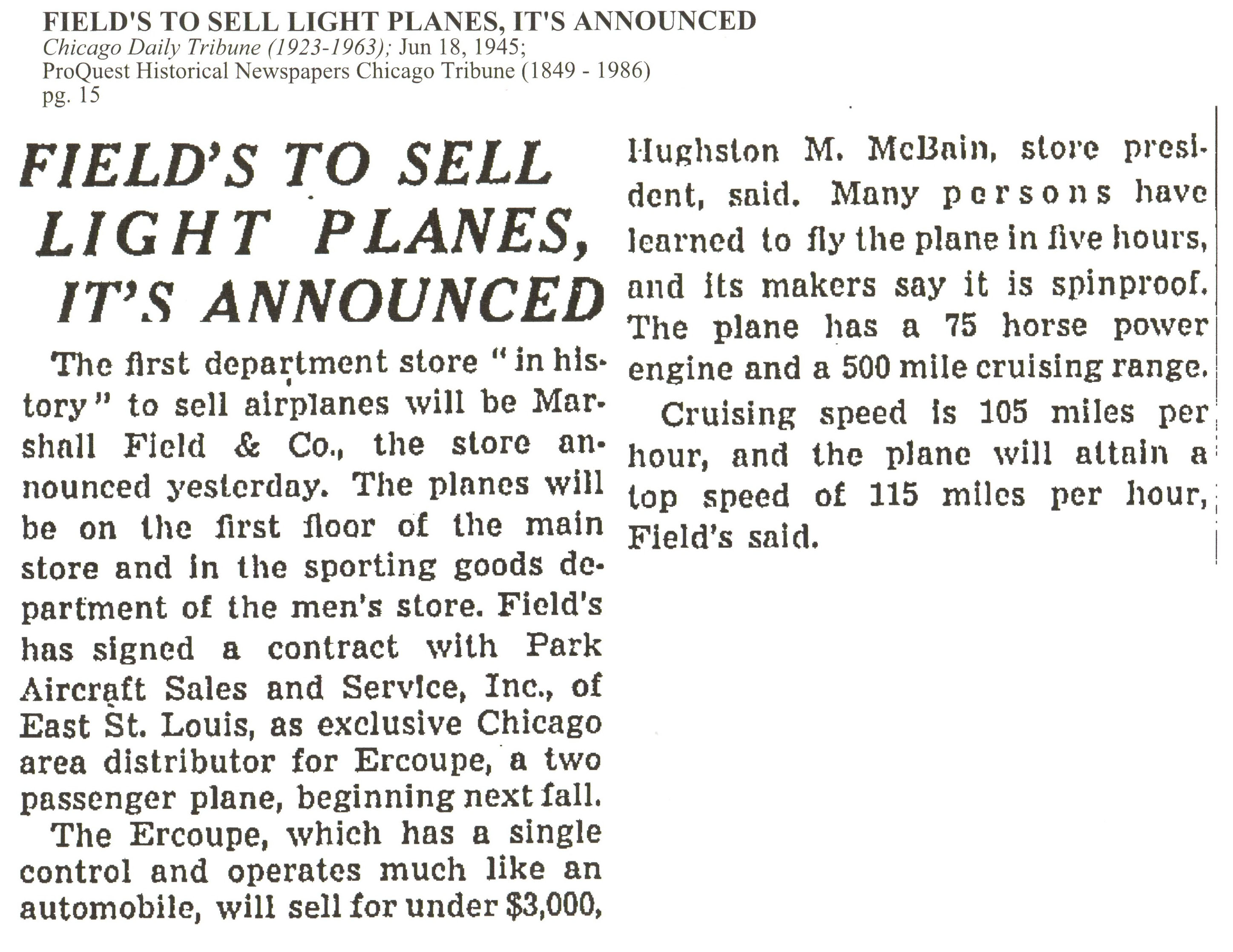 The Ercoupe was a small plane designed and marketed with the post-war enthusiasm that everyone would fly and planes would be as common a cars. It held two passengers with side-by-side seating. Unlike most light planes, the Ercoupe used a steering-wheel like yoke rather than a stick. It eliminated rudder pedals by coordinating the ailerons and rudder, which it claimed also made the airplane spinproof. Company advertising claimed people could learn to fly the Ercoupe in as little as five hours. The Ercoupe sold for under $3,000 compared with a 1946 Ford at about $1,200.

Field's sold the Ercoupe through an arrangement with Park Aircraft Sales and Service of East St. Louis. Oliver L. Parks had large operation including a flight school on the east side of St. Louis. He was known nationally for his contention that aviation was for the common person. As the war was ending, Parks expanded operations and established an Ercoupe dealership at Palwaukee Airport in Wheeling IL as well as other midwest locations. In May of 1946, Parks purchased Palwaukee from the then-current owner, Owen Barton Jones.

After a few years, it became obvious that planes were not becoming as popular as cars, and Parks cut back his operations. In 1953, George Priester purchased Palwaukee from Parks who focused his attention on Parks Air College in Cahokia IL.

Apparently, this sales technique was not uncommon during this time. I have not confirmed but have no reason to doubt the recollections of another gentlemen. As a child, he recalls sitting in the cockpit of an Aeronca at another loop department store (probably Carson's or Goldblatt's).